10 Best Halloween Costumes to Rock Your Campus in 2019

Aren’t you tired of the same old Halloween costumes?

Every year, you see flocks of witches and vampires, a dozen Supermen, and even more angels. I say enough is enough! Let’s get rid of the stale ideas and mix things up. Here’s my list of awesome Halloween costumes to replace the good old basics.

1. Scary Clown Instead of a Vampire

Unless you are a hardcore Twilight fan, vampires are better left alone for the foreseeable future. Instead, use your makeup kit to transform into a scary clown. This year, you have at least two awesome options. If Pennywise is too much work for you, Joker is the next best thing. Both are so distinct, you won’t need to explain which clown you are.

2. Wednesday Addams Instead of a Witch

I’ll admit that witches, unlike vampires, are back on the rise. Still, a basic witch costume is tacky and obvious. Instead, you could spice it up with a twist on the classic and dress up as Wednesday Addams. With the new animated feature coming out this fall, use black dress, black lipstick, nail polish, and a wig with two braids to complete the look. Another great option is the latest interpretation of Sabrina. The new take on the young witch is way scarier than the previous one, and the costume shouldn’t be too hard to throw together with the things in your closet.

3. Royal School Uniform Instead of a Cat

Democracy is well and good, but watching the duo of cute royal kids go to school together for the first time is so much fun. If the epic photos of Prince George and Princess Charlotte together in their school uniform make you coo, getting a similar school uniform look shouldn’t be too hard. It will look way classier than another Halloween staple, a Cat’s getup. Besides, with the upcoming premiere of Cats and their weird fur-covered humans, do you really want to dredge the analogies from everyone around?

I’ll agree that police-related costumes usually come with an added benefit of handcuffs that can entice just about anyone into a conversation with you. Still, the basic detective or beat cop costume is out of style. Interplanetary agents are way cooler, and their all-black getups are too sleek to pass up. Even if the latest MIB movie turned out to be a flop, Tessa Thompson and Chris Hemsworth still make one hell of a duo to cosplay. Don’t forget a black tie and a pair of sunglasses. Making a neuralizer out of a pen and a roll of tinfoil won’t take much time, but if you want to go with a futuristic gun look, Amazon should offer a few options.

5. Handmaid Instead of a Nurse

One of the easiest choices ever has been around for too long. Anyone can grab a lab coat and offer to play doctor with a cute girl or guy. However, the nurse/doctor style has gone a bit stale. Instead, try wearing a red cape with a white hat. The costume won’t be much harder to come by than a nurse’s outfit, but it will be much more relevant. Add an occasional “Pious be”, and keep your eyes down, and you’ll beat any doctor at the party you pick.

6. GOT Starbucks Cup Instead of Any Drink

Getting a t-shirt with your favorite drink emblazoned on the front is another lazy choice. It’s a solid last-minute idea if a bit too obvious. If you decide to go this route, why not take it to the next level and go as the most talked-about drink of 2019? You know I mean the one and only Starbucks paper cup from the set of Game of Thrones. Scribble Daenerys’ full name and title across your back, and you’ll be the center of attention at any party. Even if you don’t know anyone among the party people, you’ll have at least one conversation starter. Let strangers bond over the biggest disappointment of the year!

7. Booksmart Girls Instead of a Barbie

The era of chauvinistic dolls is luckily behind us, and you no longer have to dress up like one to get everyone’s attention. Instead, dress up as one of the awesome duo seen in Booksmart. And if you convince your BFF to wear matching denim overalls, you are golden!

8. Red from Us Instead of a Prisoner

Striped getup and manacles or an orange jumpsuit might be your idea of a great Halloween costume, but both are a tiny bit outdated. To step up your game, find a blood-red jumpsuit, grab a pair of shears, and everyone will know how much you’ve appreciated Us.

9. Spidey Instead of Superman

If you want to go for the obvious and a little overused comic book costume, Superman should be fine for you. But we both know who is the most talked-about superhero of 2019 (Besides Iron Man who I love 3,000). Spidey has been around a lot this year, and the latest Marvel/Sony drama should only add to the appeal of the character. Besides, you don’t have to go for the classic red and blue look. The Multiverse offered us some great choices, Spider-Gwen being one of the best. It’s a sleek and sexy look that’s nerdy and classy at once, all without showing too much skin for October.

10. Zombie Bride/Groom Instead of an Angel or Demon

Cheeky angel or devil costumes are a staple of Halloween, but do you really want to add to the cliche? Zombies are past their peak, but still popular enough, you can pull off an undead look. Spice it up with formal or wedding garb, and you’ll be the best-dressed brain-eater at any party.

Ready to pick your style? There’s still time to buy or make your costume if you let Write Paper For Me take care of your homework while you get ready to party! 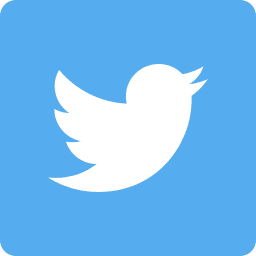